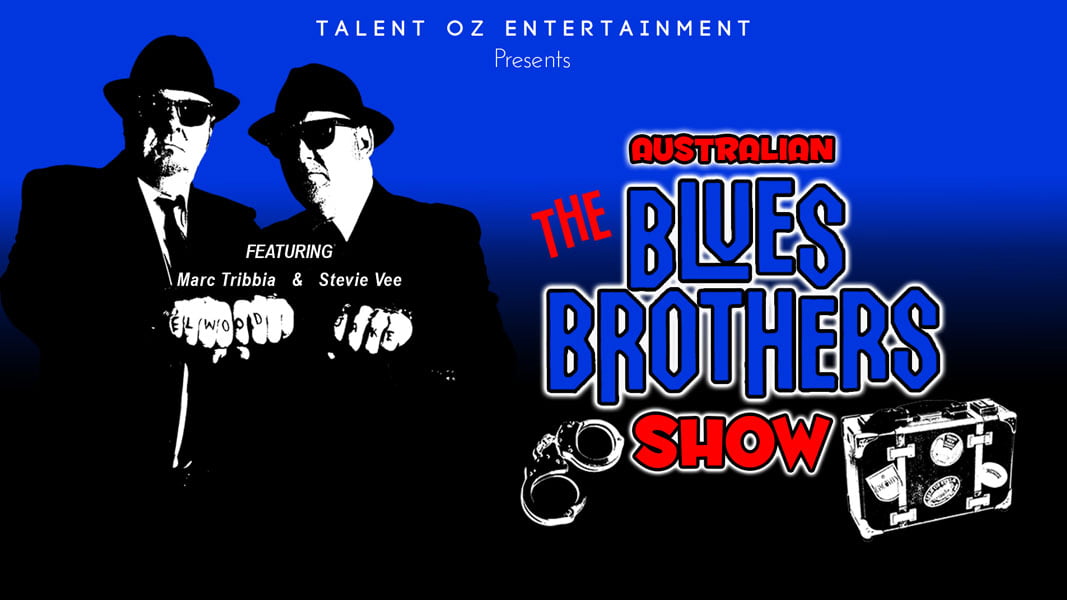 The Australian Blues Bros Show has performed for all walks of life all over this great country. One reason for the band’s success is its ability to entertain all ages.

Jake is performed by STEVIE VEE and Elwood by MARC TRIBBIA.

Alongside the two brothers is the Long Legs of the Law, Sergeant Melanie Felony adding soul & sensuality to an already action packed, fun-filled, fully choreographed show featuring all your favourite songs from the Blues Brothers Movies including: Sweet Home Chicago, Shake A Tailfeather, Rawhide, Soul Man , Jailhouse Rock  and so much more.

The Show is fully scripted and choreographed, which will have the audience fully involved and dancing in the aisles. The Show over the last 20 years has performed and toured all over Australia in major clubs, theatres and internationally acclaimed through touring in Asia and the Pacific regions.

The Show has had numerous high profile television appearances and performed at major charity events in Australia.

This promises will be a memorable night with the audience getting to experience one of Australia’s best ever tribute acts.

Subscribe to Our Newsletter
Stay Updated!
Get the latest events, promotions and dining offers sent straight to your inbox.